I have previously posted some of the following excerpts from Jesse’s letter to Dr. Hinton (which he wrote on 9-18-1998) on another page of my site regarding the book.  I want to also include it on this page.  Once again, this is from my copy of the rough draft of the book.

Here you will see that he had decided to allow the book to be published in 2002.  I am still unsure about why it ended up being published in 2001.  Jesse and I have never discussed this detail at all.  I, personally, feel that he was pressured to do so…but that is just my own opinion.

I want to also point out the date on which Elvis/Jesse wrote this letter to Dr. Hinton.  It was a very long (5 handwritten pages) and detailed letter and I feel that the date he chose to write this letter was specifically chosen for it’s #9 properties.  You will recall that I have explained before that Elvis and I share the number 9’s in our Numerology charts…especially the number 27.  The date of this letter is 9-18-1998.  All of the digits in this date are number 9’s. 9; 1+8=9; and 1998 -1+9+9+8= 27= 9; and finally all three of the 9’s = 27 which equals the number 9.  Also, as I have explained previously the number 18 is very strong and significant in Elvis/Jesse’s life.

Here is an excerpt from the first page showing the date of this letter: 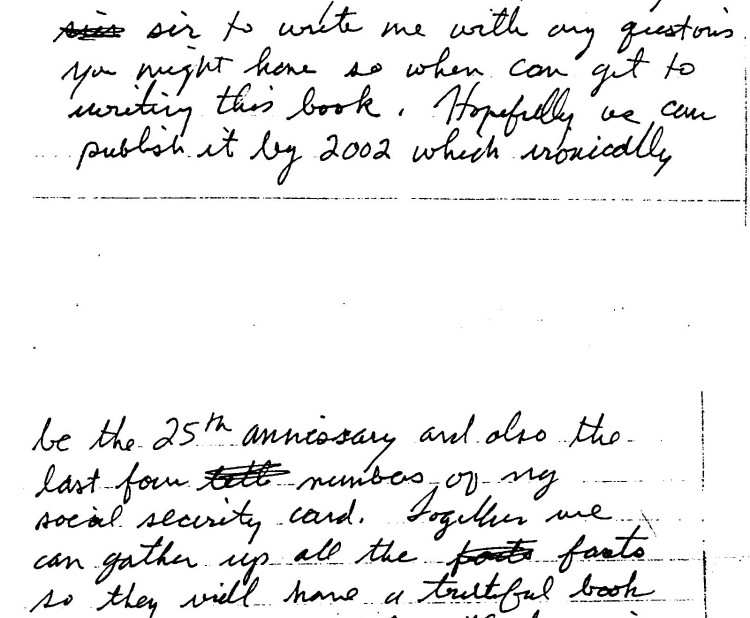 The letter which I am displaying below was received by me from Elvis/Jesse on July 6, 2002.  It was written in response to a video of the FOX 8 interview with Dr. Hinton which I had sent to him.  I am displaying it here for the very first time publicly.  I have asked Elvis/Jesse for permission to display it on my site.  He and I spoke on Friday, July 9th.

My purpose in displaying it so very prominently is to put to rest, once and for all, the lie which was repeatedly told by Dr. Hinton and his associate, Linda Felix-Johnson.  They told in interviews and to people privately, that Elvis was going to “come out” by the end of 2002.  I knew this to be untrue and I  made them aware that I had this letter. I told them that if I should make it public, it would blow them out of the water.  They totally ignored my messages to them about this matter.

You may visit my pages devoted to this topic to see my earlier detailing of these events.

THE TRUTH ABOUT WHY ELVIS/JESSE DID NOT APPEAR IN 2002

I have other letters from Elvis/Jesse in which he again indicates these same sentiments…that he had told no one that he would “come out“.  Jesse had told me to not believe anything unless I heard him speak the words or saw it in his own handwriting.

I hope that this will settle this matter.  So many people lost confidence in the fact that Jesse is Elvis because of the false promises made by Dr. Hinton and his associate.  I have suffered greatly because people turned on Elvis/Jesse and, by association, me because Elvis did not “come out“…even though I NEVER told anyone that he would come out EVER.

Their false promises are one of the root causes of my having a web site now. 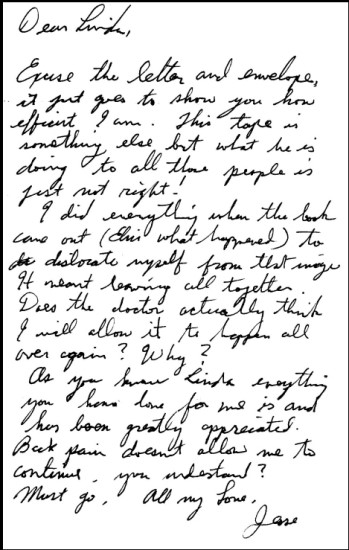