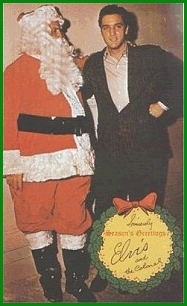 These images are those which I have saved from back in 2010.  I apologize to the creators of these beautiful images that I no longer have the names in order to give proper credit.  Please know that I intend no copyright infringement in the use of these lovely images. 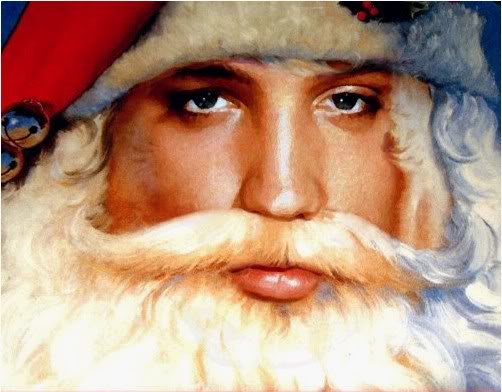 I WANT TO WISH EVERY VISITOR TO THIS SITE A MOST BLESSED, JOYOUS, AND MERRY CHRISTMAS.  MAY GOD BLESS US WITH THE AWARENESS OF HIS PRESENCE ON CHRISTMAS DAY AND EVERY DAY.

Here is a beautiful music video of Elvis with Tina McBride…Blue Christmas.

ElvisPresleyVEVO is the owner of this video

Here is the link to an excellent video about Elvis at Smithsonian.com.  It is wonderful to watch and expresses how I and millions of other people feel about Elvis.

In the related article, I want to point out the quote by Elvis which sums up how he was feeling before he retired on August 16, 1977…this says it all.

“I’m just so tired of being Elvis Presley,“ he said when his fame had become almost too much to bear. Thirty years ago—on August 16, 1977, at the age of 42—he was relieved of that burden.

Today is the anniversary of a very important historic event…

We Were There When Nixon Met Elvis

In commemoration of the 75th birthday of Elvis Presley, the National Archives presented a discussion about the meeting between Elvis and President Richard Nixon at the White House on December 21, 1970. Timothy Naftali, Director of the Richard Nixon Presidential Library and Museum, hosts a discussion with Egil Bud Krogh, Assistant to the Counsel to the President, and Jerry Schilling, veteran music industry professional and long-time friend of Elvis Presley. Krogh and Schilling were present in the Oval Office and now offer their eyewitness accounts of the meeting, along with on-screen projections of related photographs, memos, and correspondence in the holdings of the National Archives.

My dear friend, Melinda, sent me the link to this fantastic CBS news report about Elvis’s appearance at Madison Square Garden.  They interview Jerry Schilling.  Also, they show footage from that show which is included in the new box set “PRINCE FROM ANOTHER PLANET”.  As I wrote recently, Jesse asked if I could get him this DVD/CD box set.   He had heard about it but did not have it himself.  After he watched it, he told me that he really enjoyed it and that there was footage which he had never seen before.

In this CBS news report, you may see some of the footage which Jesse enjoyed for the first time.

Previously-unknown Super 8mm film of Elvis Presley performing in his one and only New York City concert in 1972 has emerged. Anthony Mason and Rebecca Jarvis speak with one of the King’s friends, bodyguard Jerry Schilling, about the amazing find.

I thank Melinda so very much for bringing this to my attention.

I want to let everyone know that Jesse did phone me last night.  We only spoke briefly due to technical difficulties with his phone.  But he is well.  I also received his Christmas gift package this morning in the mail.  I am sorry that there is no news to share…other than that he is doing fine.

MERRY CHRISTMAS TO EVERYONE AROUND THE WORLD

This video was uploaded by manmantong2000

Here is a really good video to get us up and moving after over indulging in all those Christmas treats.

If you have not watched the Orion movie “Johnny Be Goode”, you will find some very special Elvis-related “treats” in store.  For those who have not yet done any looking into the Orion Pictures and Elvis connection, you may enjoy visiting my pages which relate to Elvis/Jesse/Orion.    There are three pages devoted to this topic in all.   Here are the links:

ORION PICTURES – MUCH OF THE MATERIAL ORIGINATED FROM ME

I must apologize that these pages are no longer in the meticulously created state in which I created them.  When my prior web site was attacked and hacked into, I moved my site to it’s current location and in the transfer, some editing did not go perfectly.  So, again I thank you for your patience.

Also, much of my Orion Pictures material is interspersed throughout my CURRENT NEWS AND EVENTS PAGES.  I believe that is where you will find my specific article regarding the movie “Johnny Be Goode“.

I love this next video so much…such sweet lyrics and so many nostalgic photos.

Elvis Presley – Bringing It Back

I have never seen this much actual footage of Elvis’s 1956 Return to Tupelo performance.  It is absolutely amazing.  Wish I could have been one of those lucky spectators who saw it in person.  I hope this will bring back some happy memories for Jesse.

great footage
Tracks: HEARTBREAK HOTEL; LONG TALL SALLY; I WAS THE ONE; I GOT A WOMAN; DON’T BE CRUEL & HOUND DOG

I apologize that I have not been quite as active on the site this past week as normal.  We are having some major remodeling done in our home and it is taking up a lot of our time…then combining that with the holidays has really been a busy, busy time.  I thank everyone for your patience during this past and next several coming weeks.

SENT TO JESSE THROUGH THIS POINT ON FRIDAY, DECEMBER 28, 2012

My good friend, Lucilia, shared this great item with me on Facebook.  I love it so much.  My thanks to Lucilia. 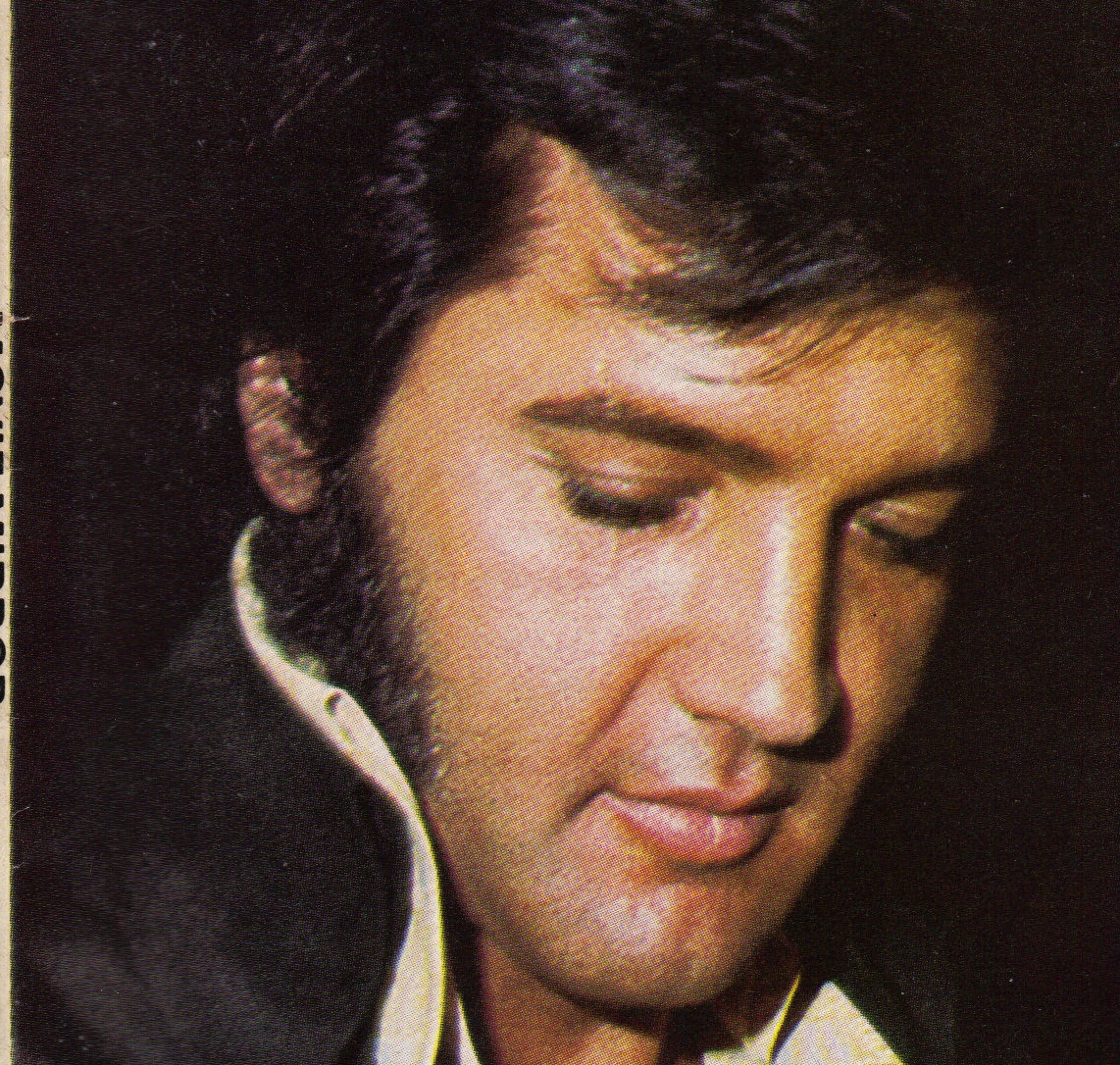 I want to remind everyone that Jesse’s birthday (Jan 8th) is swiftly approaching. I will have to mail out our birthday greetings to him on Wednesday morning this week. So, if you want to send him a birthday wish, please post it on the Messages to Jesse page no later than 8 PM on Tuesday night…Jan. 1st.

I do so hope that all of you will shower him with your good birthday wishes.  I know it will mean so very much to him to know that a lot of people are thinking of him on his special day…78th birthday.

I want to wish everyone a very Happy New Year filled with health and blessings.

Much love and light to each of you,
Linda

Here is a special treat for New Years Eve.  This is over 2 hours long and the sound quality is very good.

Skip To 54:45 for the show.
Elvis at his biggest concert Dec 31 1975 in Pontiac,Michigan with Over 62,500 people there. This is the first and final time the old and new band merge into one good band as this is the only time Glen Hardin, Jerry Scheff and David Briggs play together in the band as this is Glen Hardin’s last show with Elvis. This video starts off with Jackie Kahane’s Comedy Act. Enjoy

My thanks to Bernice for sending me a link on Facebook to an article in the UK based upon the following article in the Wall Street Journal.  It gives more details about the 1972 performance at Madison Square Garden as well as what is in the “Prince From Another Planet” box set which was released recently and which Jesse, himself, enjoyed hearing and seeing recently. 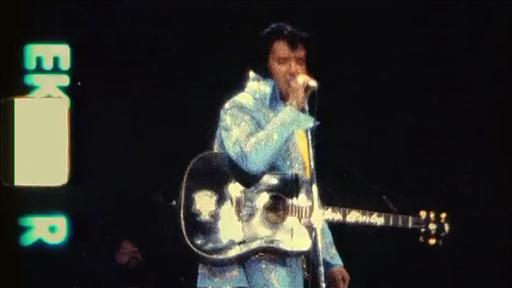 Uneasy in his chair behind a long table at the New York Hilton, Elvis Presley listened as a reporter asked why he had decided to resume touring. “Just as soon as I got out of the movie contracts, I started to do live performances again,” Presley said. “There are so many places that I haven’t been yet. I’ve never played New York.”

Presley’s news conference on June 9, 1972, occurred just hours before the start of his sold-out, four-concert run at Madison Square Garden—the only New York City arena shows of his career (he was on stage for several TV broadcasts in 1956-7, including “The Ed Sullivan Show”). Color video of his 20-minute media Q&A is part of “Elvis Presley: Prince From Another Planet” (RCA/Legacy), a three-disc set due Tuesday that includes the original album’s tracks remastered and a DVD with interviews and previously unreleased concert footage filmed by a fan.

Presley skirted New York for all those years largely because he feared it. “Elvis wasn’t afraid of the critics, but he knew that rock had changed and that New York was the center of everything,” said pianist-arranger Glen D. Hardin, a member of Presley’s TCB Band. “Elvis knew the rest of the world loved him, but he was a little concerned that New York audiences might think his music was square and that they’d treat him like a hillbilly.” 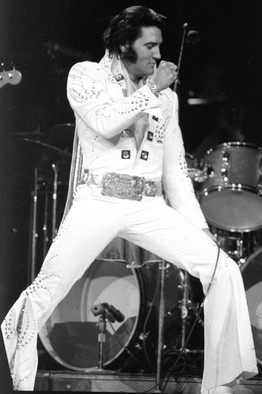 “Poor Jackie was booed off the stage—the audience wanted Elvis and that was it,” recalled Joe Guercio, Presley’s musical director. “When Elvis began to walk out on stage, he was nervous. As he passed me, he gave me one of those million-dollar glances that said, ‘Let’s do it.’ Then a shower of camera flashbulbs went off, the crowd loved him, and he was at ease.”

Instead of flying in Presley’s horn and string players who were based in Las Vegas, Mr. Guercio turned to Joe Malin, a local New York violinist and music contractor, who hired the necessary musicians. “He brought in top studio jazz guys to play behind Elvis,” Mr. Guercio said. “So as I’m conducting, I’m looking at greats like Al Cohn, Sonny Russo, Wayne Andre and Al DeRisi.”

RCA recorded the afternoon and evening shows on June 10 and released a double LP nearly two weeks later to beat bootleggers to the punch. Don Lance, a fan, surreptitiously filmed the afternoon performance on the new set’s DVD. “A well-connected friend got a bunch of us tickets in the fourth row, center,” said Mr. Lance, who was 24 at the time. “My girlfriend snuck my camera into the Garden in her shoulder bag along with six rolls of film. To steady the camera during the show, I put it on a tripod I had brought in strapped to my leg. Each time I went to film, friends on either side blocked security’s view.”

Mary Malin—daughter of Joe and Carmel Malin, both of whom played violin at the Garden behind Presley—attended one of the concerts. “I was 17 years old and wasn’t really into Elvis—most kids my age weren’t listening to him then,” she said. “But my mother had tickets for great seats and insisted I go, calling it ‘a happening.’ So I took my girlfriend. By the end, we were both standing on our seats and screaming like everyone else.”

A version of this article appeared November 9, 2012, on page D7 in the U.S. edition of The Wall Street Journal, with the headline: When Elvis Played New York—Nervously.

Here is some very good news and a wonderful way to begin the new year.  This site reached 255,000 visitors yesterday.

Thank you all so very much for making this possible.

Thank you; Thank you very much!!!

Jesse did attempt to phone me at 1:33 AM this morning but we were unable to speak due to technical difficulties with his phone.  It made me happy just to know that he is OK and that he was thinking of wanting to wish me a Happy New Year.

This isn’t much news but I thought that everyone would like to know that he is all right.  That’s all it takes to make me happy.

BELOW IS THE LINK TO THAT PAGE: